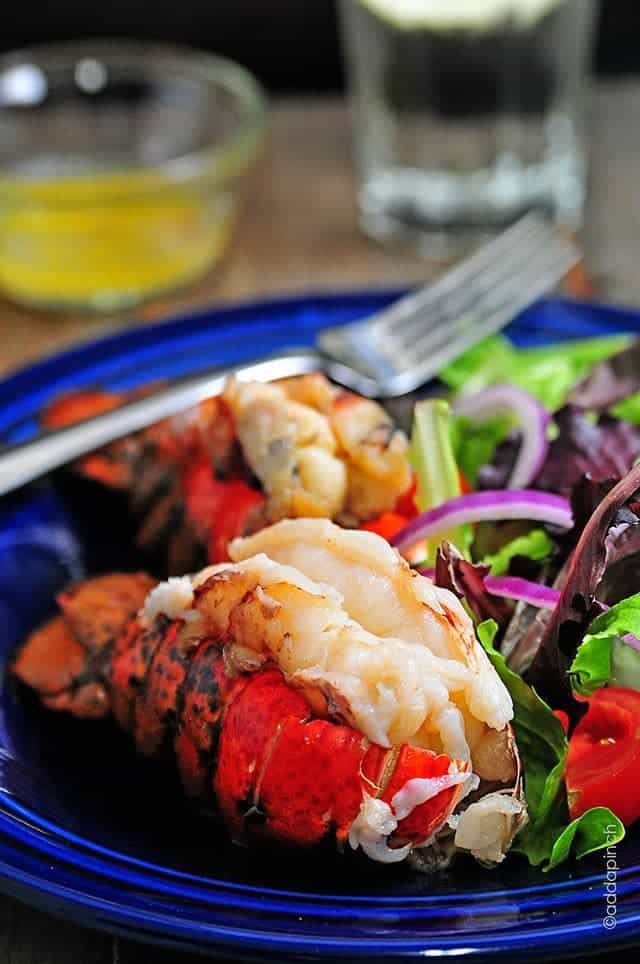 I was craving this Smoked Lobster Tails recipe for a while and then low and behold if it didn’t blow me away even more than I remembered when I tasted it again the other day. 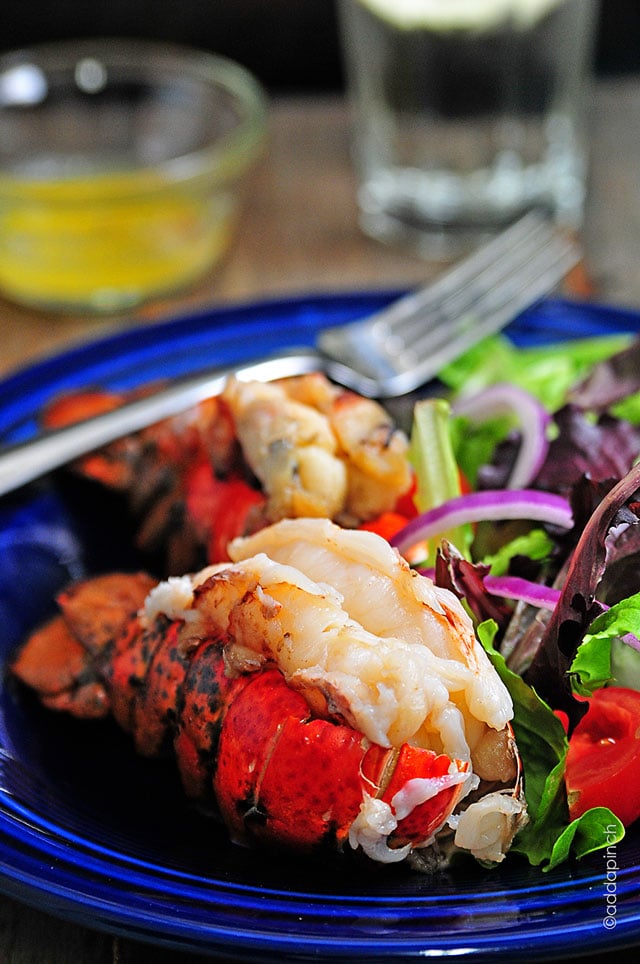 If you enjoy lobster in any way, shape or form, then this smoked lobster tails recipe is absolutely for you.

And wouldn’t it be perfect for the seafood lover for Mother’s Day?

Let me tell you how I made it.

They are as simple as can be to make and only have three ingredients! 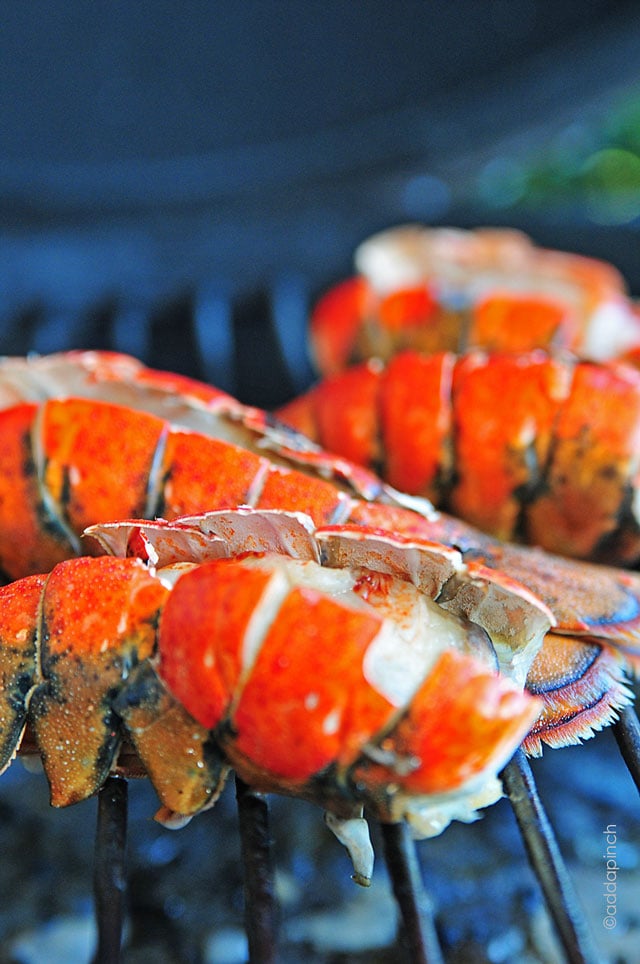 While my husband had our Big Green Egg heating, I started prepping the lobster tails for cooking.

Using my poultry scissors, I cut the shell to expose the lobster meat.

Then, I released the meat from the inside of the shell by running my finger alongside the shell.

I had melted a bit of butter over medium-low heat with a couple of whole garlic cloves for added flavor on top of the range while I was working away to open up the lobster tails.

Then, I placed the tails on a rimmed baking sheet that I’d lined with parchment paper.

I drizzled a few tablespoons into each of the open lobster tails.

Then, I took them out onto the back porch for my husband to work his magic on the Egg. Boy, can he make that thing sing! 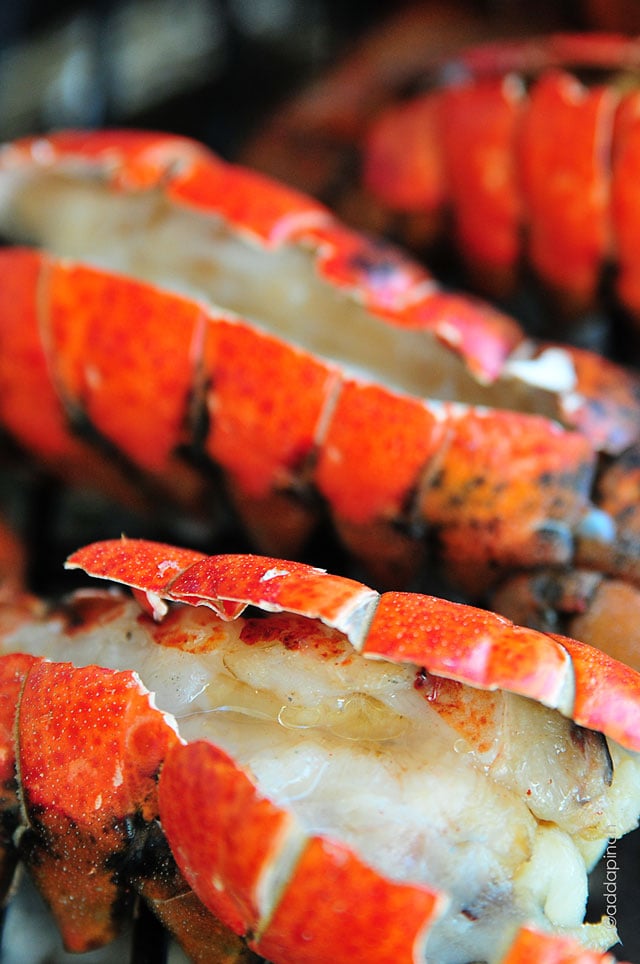 He smoked the lobster tails until the internal temperature registers between 135 – 140 degrees. Then, we removed and allowed them to rest a few minutes.

Man oh man, was it scrumptious!

Here’s my Smoked Lobster Tails recipe. You definitely don’t want to miss this! 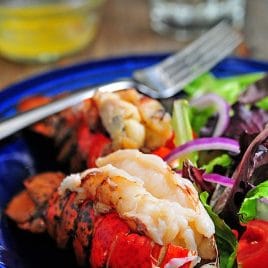 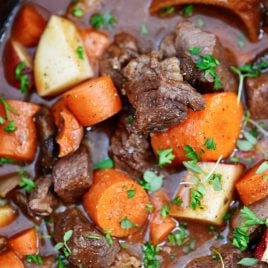 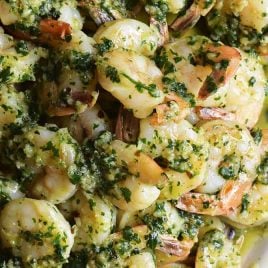 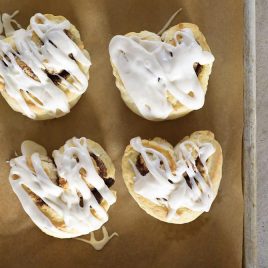