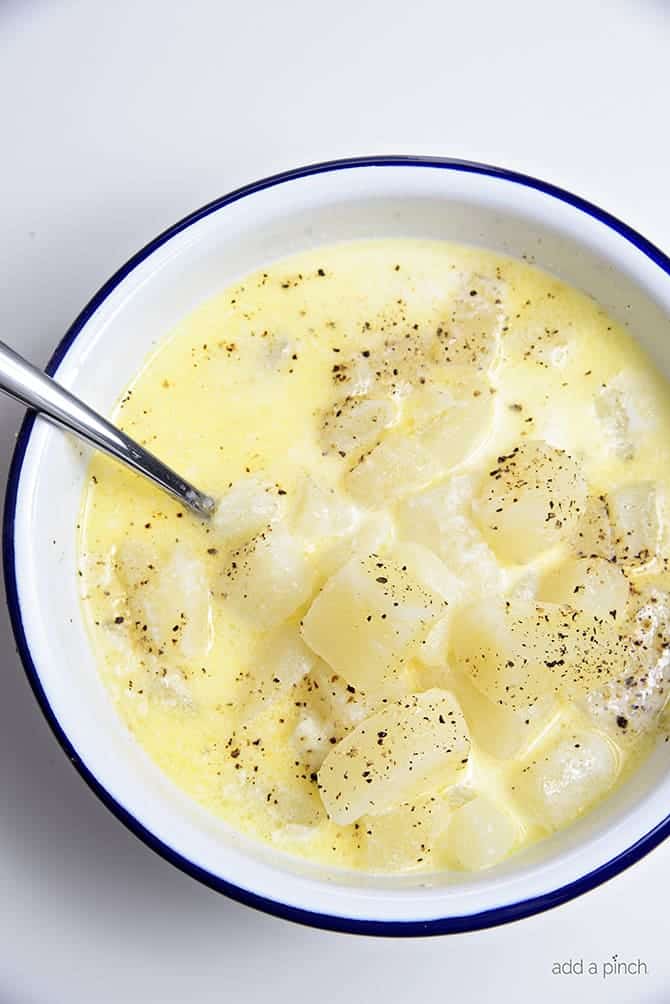 Soup always makes one of my favorite meals. Like our favorite vegetable soup and chicken and dumplings this is one of the soups that I grew up loving the most. Before there was such a thing as loading a potato soup with bacon, cheese, onions, my Grandmother Verdie made her potato soup very simply – with potatoes, milk, butter, and salt and pepper. If my sister Wendy and I knew that Grandmother made this soup for supper, we’d beg to be able to eat supper with her. With one bite, it is so easy to understand why! 🙂

You could add all sorts of things to this soup if you’d like, but I recommend starting with this simple, basic recipe and go from there. Most times, we would rather stick with this version than add a lot of other ingredients, like leeks, onions, and what not.

Ya know, simple really is best most of the time, isn’t it?

How to Make The Best Potato Soup Recipe

To make Grandmother’s Potato Soup Recipe, you’ll only need to do a few things.

Prep potatoes. begin by scrubbing your potatoes clean, peeling, and then cutting them into about 2-inch chunks. Place the potatoes into a large soup pot (I use my Dutch oven) and cover with clean water.

Cook. Cook over medium heat until the potatoes are fork tender, about 20 minutes. Remove from the heat and drain away the water from the potatoes.

Add your whole milk and butter to the potatoes and place back on medium heat. Allow the milk to bubble slightly around the edges of the soup pot, about 5 to 10 minutes.

Season. Remove from the heat and season with salt and pepper to taste.

To customize the consistency and texture of this soup recipe, you can serve it as shown with tender chunks of potatoes or you can make a smooth soup by using an immersion blender in your soup pot until it reaches the consistency you prefer. But really, the chunkiness is simply perfect and I definitely recommend that you give it a try!

If you like a smoother textured soup with all the trimmings, you may want to check out my Loaded Potato Soup Recipe as well.

Can You Make Potato Soup Ahead?

Allow your soup to cool completely and then store it in an airtight container in the refrigerator for up to 3 days. Reheat and serve.

Here’s Grandmother’s Potato Soup Recipe. I hope you love it as much as we do! 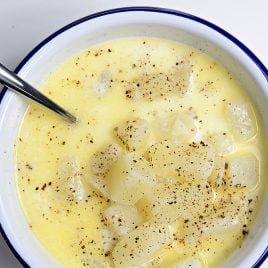 From the Add a Pinch recipe archives. Orignally published 2011. 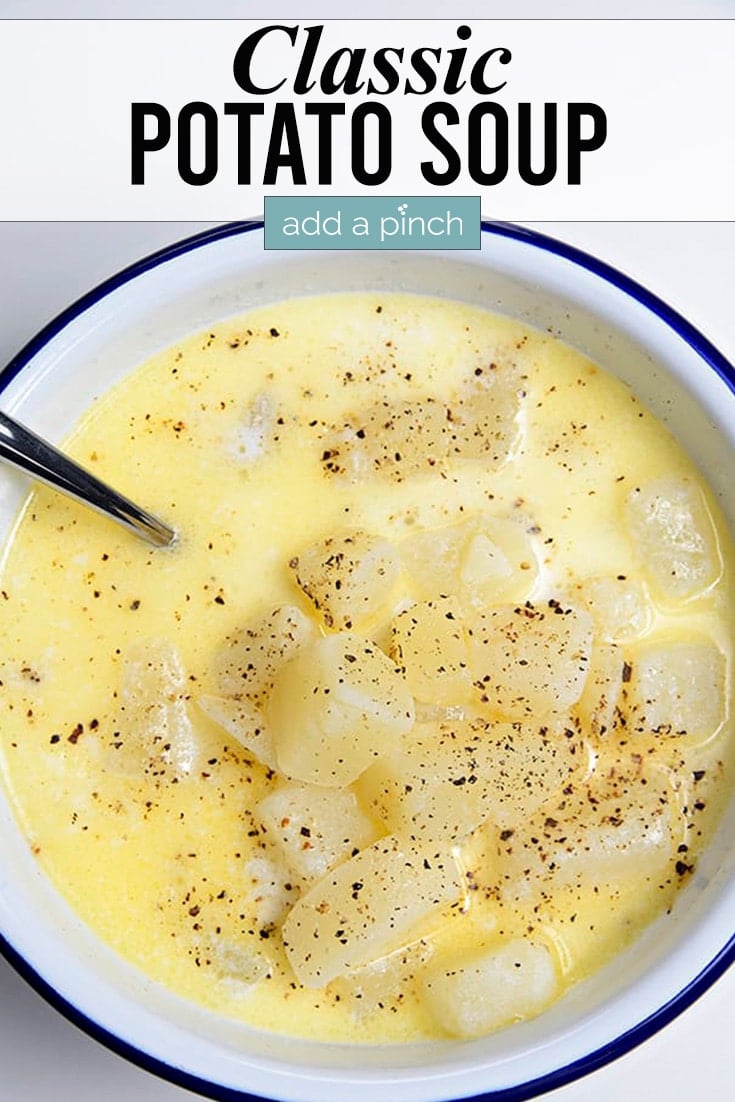 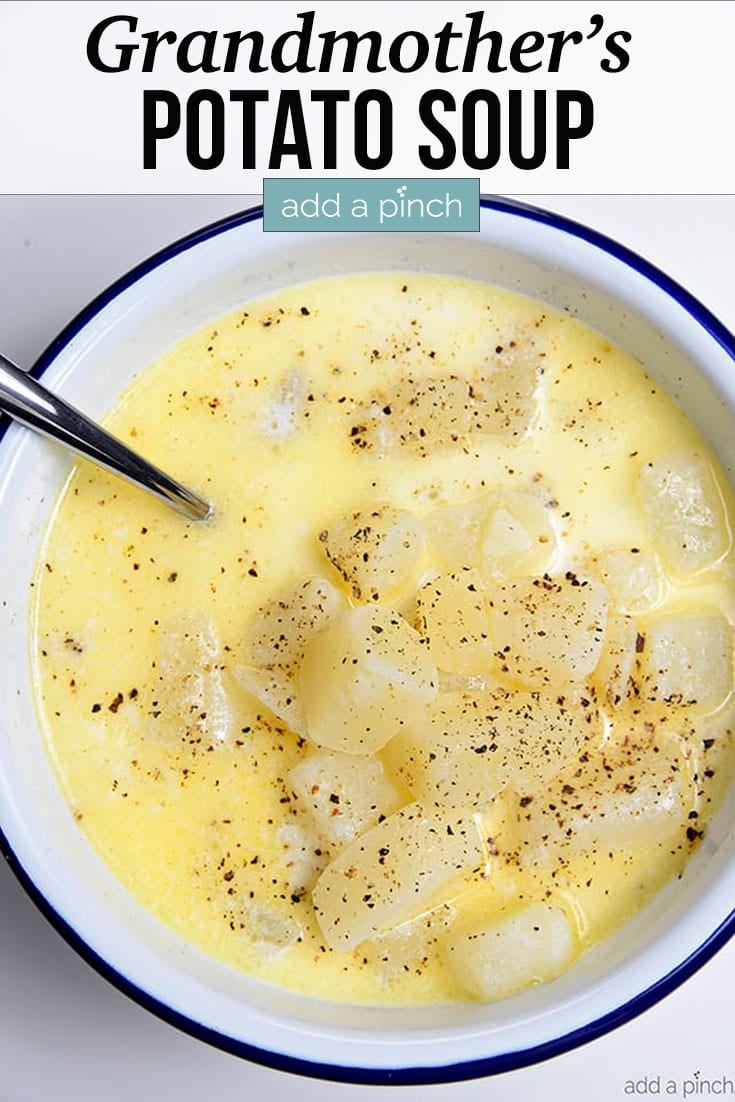 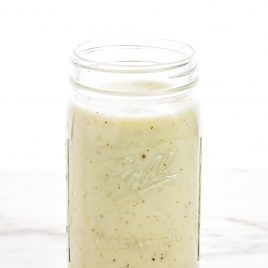 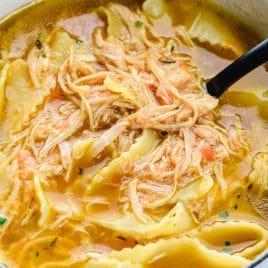 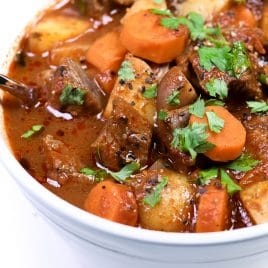