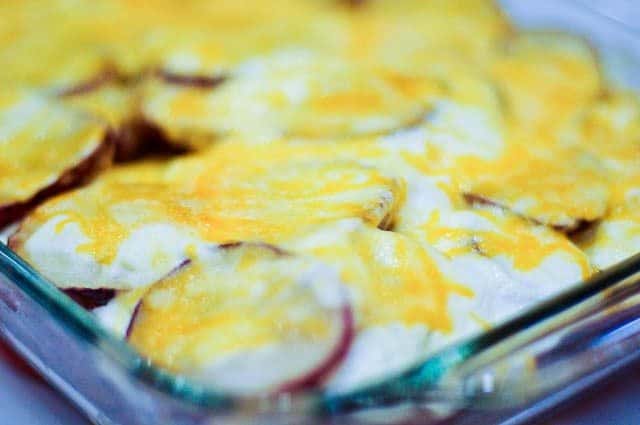 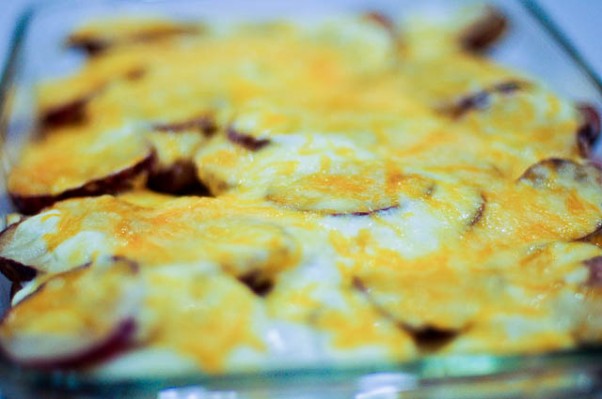 I would love to be able to claim these Company Potatoes as my own recipe, but the recipe is from my mother-in-law. Now, before we go much further, let me tell you a little bit about her.

I can sum it up in three words — She’s a saint!

I’m not really sure how she does it all.

She can seemingly effortlessly plan and cook a meal for 30 as easily as others cook a meal for two. She most likely learned that skill out of necessity since she raised six beautiful children who have brought her 15 grandchilden and now two great grandchildren. To say she is one of the best cooks around doesn’t do her justice. If I were stuck on a deserted island and could choose a phone call to make, she would be tops on the list for sure. She can turn just about anything into a mouth-watering meal.

I’m so thankful to her for not only the wonderful man she raised that I married, but also for sharing so many of her delicious recipes with me. I know my husband appreciates that just as much as I do!

One recipe that she would quickly declare as, “Oh, that’s just something I throw together!” are these delicious Company Potatoes. They are perfect for serving a large crowd, but can easily be adjusted for smaller or larger needs.

Here’s how she makes them. 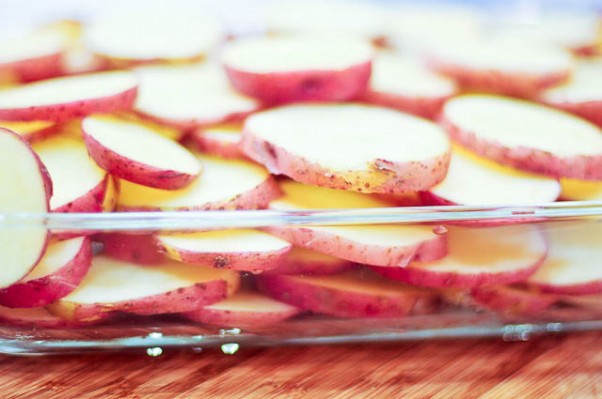 Wash and slice your red potatoes. Place then in layers in a 9×13 baking dish. 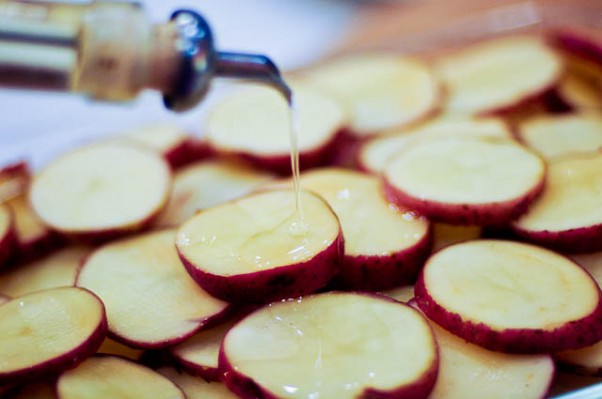 Now pour olive oil over your potatoes, making sure to allow some to go into the bottom layers, too.

Don’t skimp on the olive oil.

Bake for about 30 minutes or so.

If you need to make these ahead, wrap them tightly and refrigerate them until ready to cook later in the day or the next day.

Then, when ready for the next steps,  just increase the cooking time to make sure they are thoroughly heated all the way through.

Okay, let’s move on to the next steps.

This is where it gets really good. 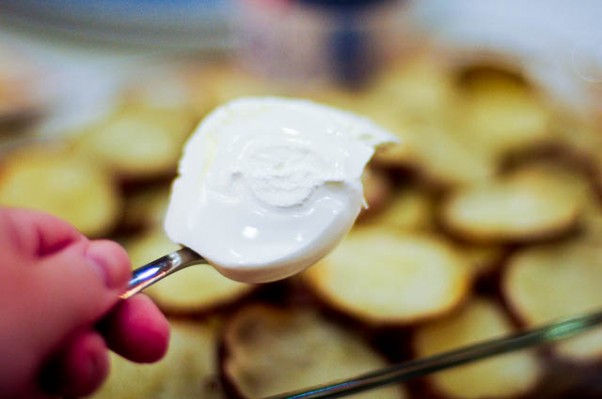 Now spoon on about 6 ounces or so of sour cream. 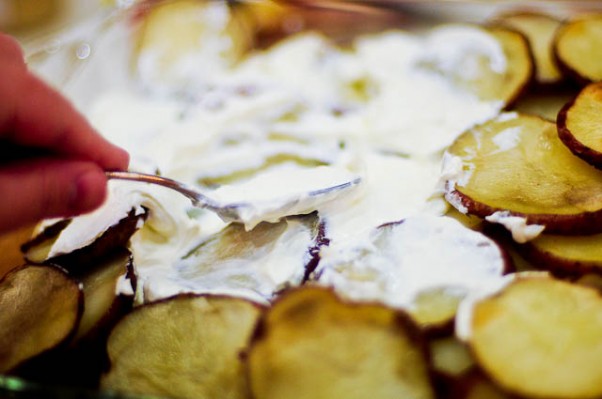 Spread the sour cream around with the back of your spoon.

It doesn’t have to be perfect.

At this step, you can also add in some other goodies like fried bacon that has been chopped up, chives, or even some caramelized onions. Just think of whatever you love on your baked potatoes and give them a try. 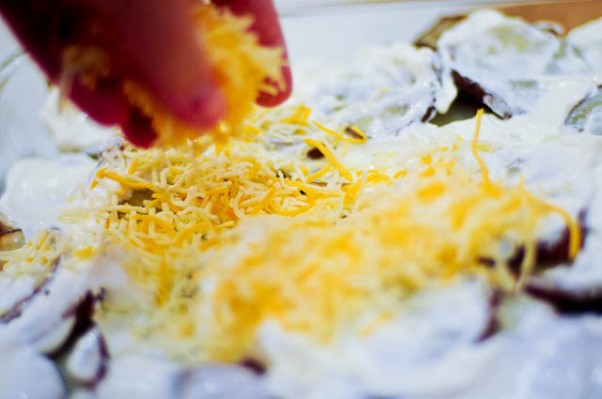 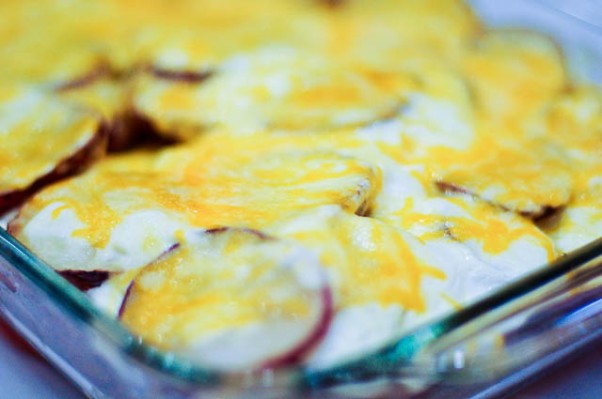 Pop back into the oven to let the cheese melt.

These go perfectly with so many dishes that it will quickly become a favorite go-to recipe for you, too. 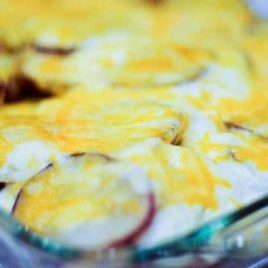 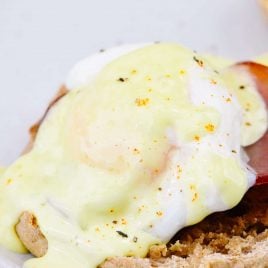 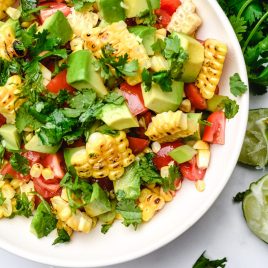 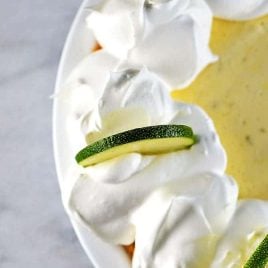