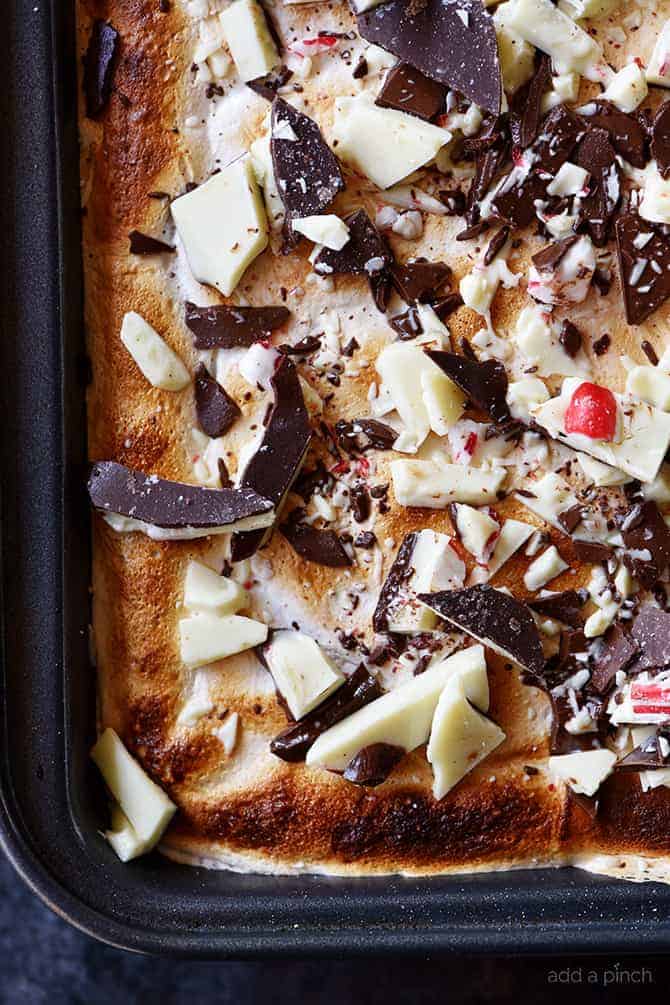 Are you ready for a perfectly pepperminty treat? Oh boy, do I have one for you and it just couldn’t get much easier to make either!

Bake your brownies according to the directions for that recipe. Then, top the baked brownies with marshmallow creme and return to the oven set to broil. Leave under the broiler until browned and lightly toasted, about 3 minutes or so. 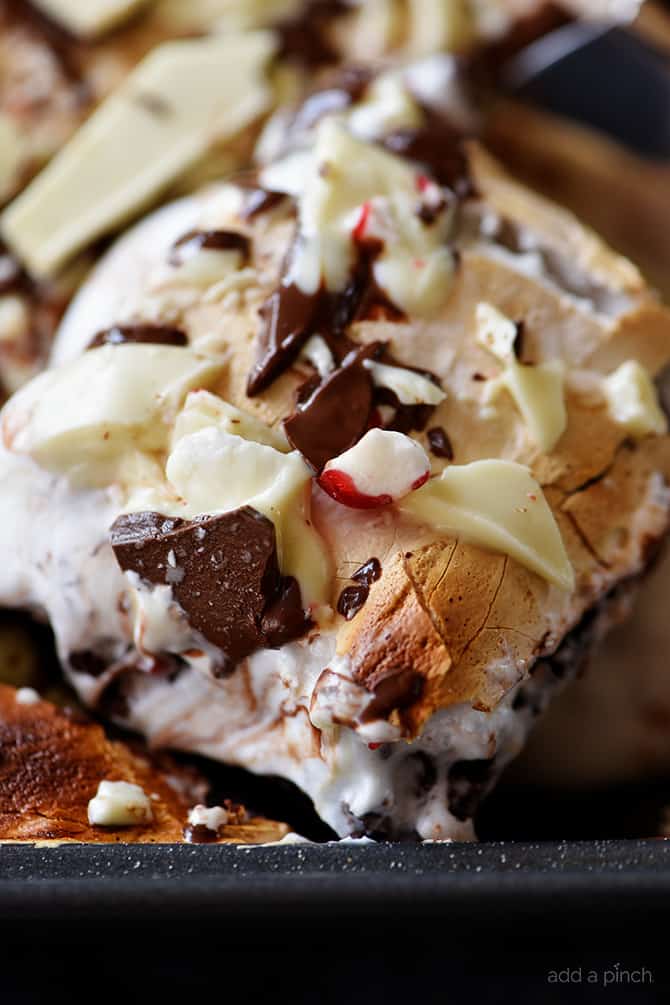 Then, remove your brownies with toasted marshmallow creme from the oven and top with your roughly chopped peppermint bark.

For the peppermint bark, you can use homemade or store bought, whichever you prefer. If you don’t have, you can also substitute with a roughly chopped chocolate candy bar and crushed candy canes.

Here’s my recipe for this oh so easy Peppermint Bark Brownie Recipe. I hope you love them! 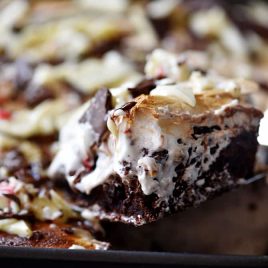 Substitute 1 roughly chopped full-size chocolate candy bar and crushed candy canes in place of peppermint bark, if needed.
Have you made this recipe?Tag @addapinch on Instagram or hashtag it #addapinch 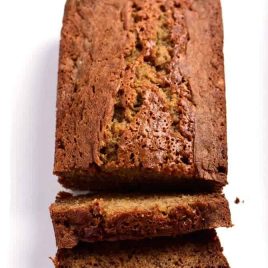 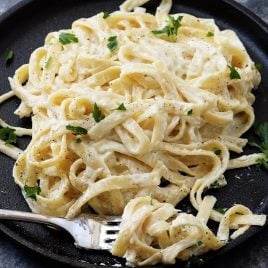